The Toronto Mendelssohn Choir is one of Canada’s oldest, largest, and best-known choral ensembles. Founded in 1894 by Augustus Vogt, the Choir presented its first concert in Massey Hall, as part of the hall’s inaugural season, on January 15, 1895. The Choir has flourished under the successive leadership of Herbert Fricker (1917-42), Sir Ernest MacMillan (1942-57), Frederick Silvester (1957-60) Walter Susskind (1960-64), Elmer Iseler (1964-97), and Noel Edison (1997-2018). All of these Canadian conductors have been internationally renowned in their own right, and have successfully brought the Toronto Mendelssohn Choir to the world’s attention, through performances, recordings, and tours.

For a more lengthy history, go to Toronto Mendelssohn Choir

Massey Music Hall (now called Massey Hall) was built in the same year that the Choir was founded. TMC has performed at Massey Hall many times.

First concert with symphony orchestra (Pittsburgh Orchestra); the first of several partnerships with major US orchestras

February 1906 – The Choir tours to the US and performs Beethoven’s 9th Symphony with the Pittsburgh Orchestra, receiving rave reviews.

February 1910 – The Choir President receives flowery thanks from the choristers for a successful 1909-10 tour to Buffalo and Cleveland.

TMC commissions composer Healey Willan. He composes An Apostrophe to the Heavenly Hosts for the Choir.

December 1932. TMC’s first performance of Handel’s Messiah. The Choir has performed Messiah every year since and has recorded it a number of times.

Messiah – let us count the times

At the start of her career, when she was just 22, Lois Marshall was engaged by Sir Ernest MacMillan as a soprano soloist for the TMC’s Bach festival.

Conductor Elmer Iseler takes over the reins of the TMC. He was Artistic Director for 33 years, from 1964 to 1997.

The TMC records the Godfrey Ridout arrangement of O Canada.

First tour to Europe, appearing in Paris, Lucerne, the Proms in London and the Edinburgh Festival

July 1976 – TMC performed as part of the Cultural programming at two Olympic Games – the 1976 Summer Olympics in Montreal and the 2010 Winter Olympics in Vancouver.

TMC goes to the Olympics

Receipt of the Lieutenant Governor’s Award for the Arts

Recording of the Berlioz Requiem under Noel Edison for Naxos

Formation of the Mendelssohn Singers

Tour to Vienna and Salzburg, appearing with the Vienna Boys Choir

Recording of “A Festival of Carols” – Music for the Christmas season. Now available on Spotify and iTunes.

Participation in the 2010 Cultural Olympiad in connection with the 2010 Winter Olympic Games in Vancouver, BC

Inception of the Associate Conductor position

Singing to the world – TMC webcasts

March 2013 – TMC commissions Canadian composer Timothy Corlis. God so Loved the World for choir and solo cello is premiered at the TMC’s 2013 Sacred Music for a Sacred Space concert.

TMC and Noel Edison nominated, alongside Toronto Symphony Orchestra and Sir Andrew Davis, for a Grammy for Best Choral Performance for the TSO Recording of Messiah.

October 2019 – TMC commissions a work from Cree composer Andrew Balfour to mark the Choir’s 125th anniversary. Mamachimowin is premiered on October 20, 2019 at the 125th Gala Concert.

May 31, 2021: TMC names Jean-Sébastien Vallée as Artistic Director, only the 8th AD in its history 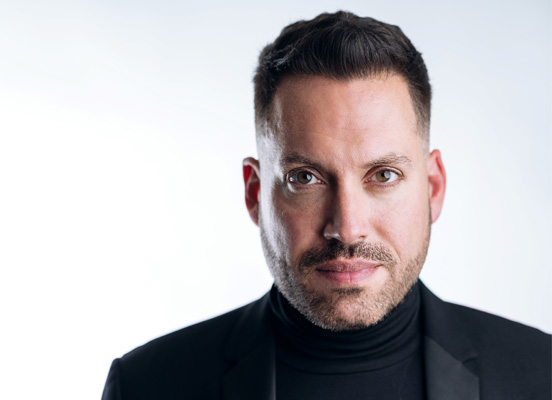 TMC wins JUNO Award for Classical Album of the Year: Vocal or Choral with Toronto Symphony Orchestra for Massenet’s Thaïs 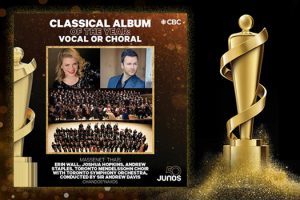