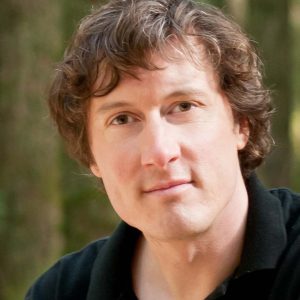 TMC has a long history of commissioning works from Canadian composers. One of TMC’s 21st century commissions is God so Loved the World by Timothy Corlis. This piece, for choir and solo cello, was commissioned for the TMC’s 2013 Sacred Music for a Sacred Space concert at which it was premiered.

Timothy Corlis’ music is published through Silent Dawn Publishing.  His bio on this site notes that he began studying composition at the age of eleven under the tutelage of his choir director, Dr. Giles Bryant. These earliest writing assignments were given as punishment for being a tardy chorister, but soon became such a regular occurrence that they fostered Corlis’ keen interest in the craft. He later went on to study composition and choral directing under Dr. Leonard Enns and to develop an early career in the lively choral community of Waterloo (Ontario) and its surroundings. These roots instilled in him a continuing sense of music as an important aspect of community life. He also views music as a strong power for social change. He has been described as “a composer of great depth and passion, not to mention a pristine polished craft.” (WholeNote Magazine, Toronto). Corlis holds a M.A. in Social and Political Thought (York University), an M.Mus. in Composition (University of Toronto) where he worked with Chirstos Hatzis and Ka Nin Chan, and a D.M.A. in Composition from the University of British Columbia where he studied with Stephen Chatman. He has held faculty positions CMU (Winnipeg) and Conrad Grebel University College, University of Waterloo.

Here’s Ave Verum Corpus from God so Loved the World, performed by the TMC at its February 1, 2014 Conductors’ Symposium concert.