TMC has made its own recordings and has also regularly recorded with the TSO, including Juno- and Grammy-nominated recordings. 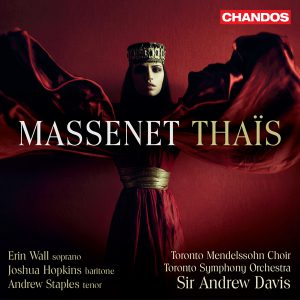 Winner of 2021 JUNO Award in the Classical Album of the Year: Vocal or Choral category.

Available for purchase on iTunes and to stream on Apple Music and Spotify. 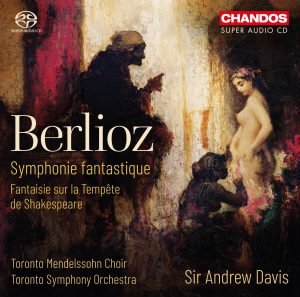 Anthony Kershaw writing on Audiophilia: “Davis can be spectacular in large choral works, especially those of Berlioz, Elgar and Vaughan-Williams, and his legacy is maintained with this splendid performance [of the Fantaisie sur la Tempête de Shakespeare], helped in no small part by lovely singing from the Mendelssohn and delicate, exquisite playing from the orchestra. Recommended.” Read the full review here. 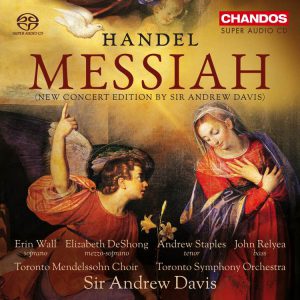 Nominated for a 2018 Grammy Award for Best Choral Performance

Available through Chandos and on iTunes, Google Play and Spotify.

Andrew Fletcher, writing in NE:MM.org in the UK, says: “Sir Andrew Davis claims that for this new concert edition, he wanted to do a ‘grand’ version, and sought to “keep Handel’s notes, harmonies and style intact, but to make use of all the colours available from the modern symphony orchestra.” This goal is achieved, with an overall ‘bright’ feel that is vital, fresh and exuberant, but not overcooked.” Read the full review on NE:MM.org.

Leslie Barcza, writing on barczablog, says: “Davis’s orchestration is like a witty commentary upon Handel, a gloss, a self-aware adaptation that sometimes positions itself in the tradition of Beecham’s big muscular sound with brass and percussion to underline key climaxes & phrases.” Read the full review on barczablog.

Brad Wheeler writing in The Globe and Mail says: “Upon its premiere in 2010, Sir Andrew Davis’s reimagined Messiah, as presented by the Toronto Symphony Orchestra, was described by The Globe and Mail as a “toe-tapping modern take on a hallowed masterpiece” and a “keeper.” Six years later, just in time for Christmas, the TSO take on Handel’s holiday crowd-pleaser is absolutely a keeper, in the take-home form of a two-CD box set released on the British label Chandos.” Read the full review. 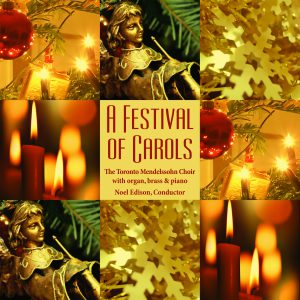 A Festival of Carols: The Toronto Mendelssohn Choir with organ, brass and piano (2006)

” …a wonderful selection of 20 well-known Christmas carols in a variety of excellent arrangements. There is brass, organ and piano to accompany as Noel Edison carefully shapes the musical phrases.” – Toronto Star, December 21, 2006 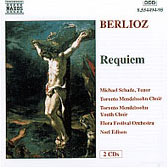 “I’m drawn to Maestro Edison and crew because theirs is, first and foremost, a choral performance.” – American Record Guide (Philip Greenfield), July-August, 2000

“The orchestra and soloists produce singing and playing that take the full measure of this massive score.” – The Guardian, July 2, 1999

If you would like to see the TMC performing, you can enjoy a number of video clips on the TMC YouTube Channel.

You can watch some full performances on the TMC webcast channel on Vimeo.