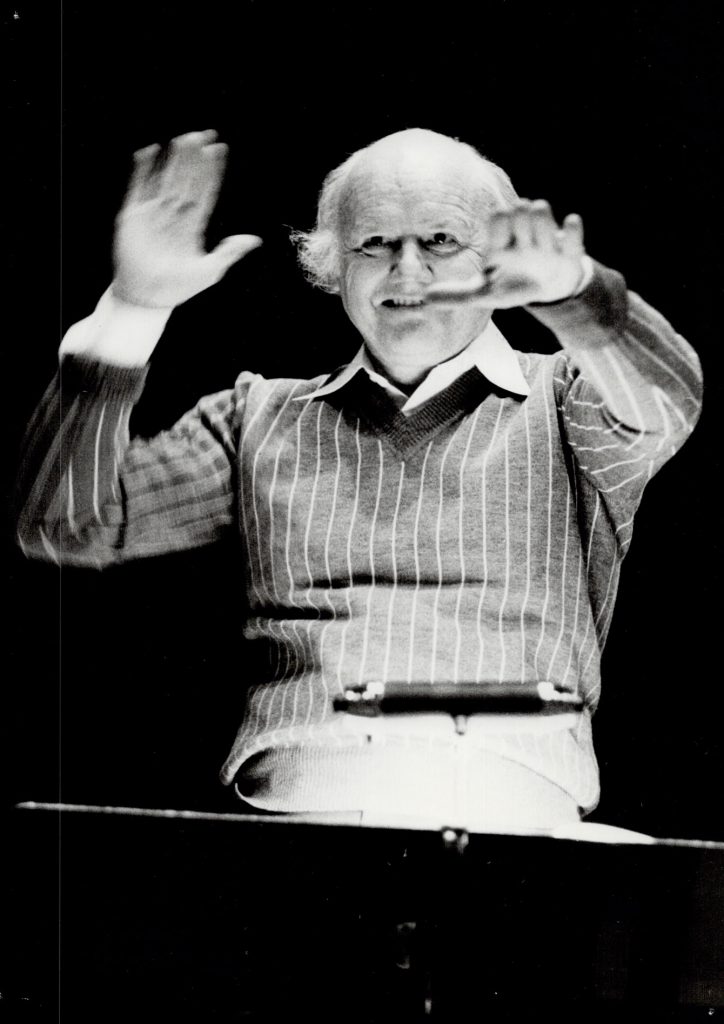 Acclaimed as a choral genius, Elmer Iseler was at the helm of the Toronto Mendelssohn Choir for 33 years, from 1964 to 1997. The Choir achieved great success under his artistic leadership, a leadership and vision that not only shaped the TMC but also so much of choral music in Toronto and Canada.

Iseler championed Canadian composers, performing and commissioning choral works and ensuring wider dissemination of Canadian choral works through the The Elmer Iseler Choral Series (Gordon V. Thompson/Warner Chappell) publications. On the celebration of TMC’s 100th anniversary in 1994, composer Srul Irving Glick wrote: “What a pleasure it is to be able to say wonderful things about the Toronto Mendelssohn Choir and its phenomenal conductor Elmer Iseler! So I will. They are fantastic. Not only do I think that they are one of the world’s great choirs but I have been blessed to have them sing my music. You can’t imagine the joy of composing music and hearing it in one’s mind and then to hear it fully interpreted by Elmer and the choir in performance, so close to the original concept, so feeling and caring in its realization.”

Elmer toured the TMC to the United States, to music festivals in Ontario and Quebec, and twice to Europe – to rave reviews. In 1965 the Choir performed in the Handel and Haydn Society of Boston’s 150th anniversary concerts.  According to The Boston Globe critic “The Toronto Mendelssohn Choir is by light years the best of the choruses that have appeared in Boston.”

Elmer recorded extensively, conducting the Choir for many of its own recordings and preparing the Choir for recordings with the TSO. His TMC discography includes: O Canada (1965); Gloria – works by Gabrieli, Rachmaninov, Stanford, Willan and more (1968); Works by MacMillan, Vaughan Williams and Ives (1969); Songs of the Church, music by Rachmaninoff (1970); Great Hymns (1976); Laudate Dominum – featuring excerpts from Handel’s Solomon, Haydn’s Creation, Mendelssohn’s Elijah, Mozart’s Requiem and more (1987); and Christmas in Roy Thomson Hall (1992).

In his summary of his book Elmer Iseler – Choral Visionary, Walter Pitman’s states: “In a career that spanned five decades, Elmer Iseler proved himself pivotal to the development of choral music in Canada. After founding Canada’s first professional choir in 1954, he became artistic director and conductor of the Toronto Mendelssohn Choir. In 1979 he established Canada’s leading chamber choir, the Elmer Iseler Singers. He also enjoyed a long association with the Toronto Symphony Orchestra, conducting more than 150 performances of Handel’s Messiah and premiering complex twentieth-century music.”

Read more about Elmer Iseler on The Canadian Encyclopedia

See below for a photo of Elmer Iseler leading a TMC rehearsal at Massey Hall in 1970 from the Toronto Archives. 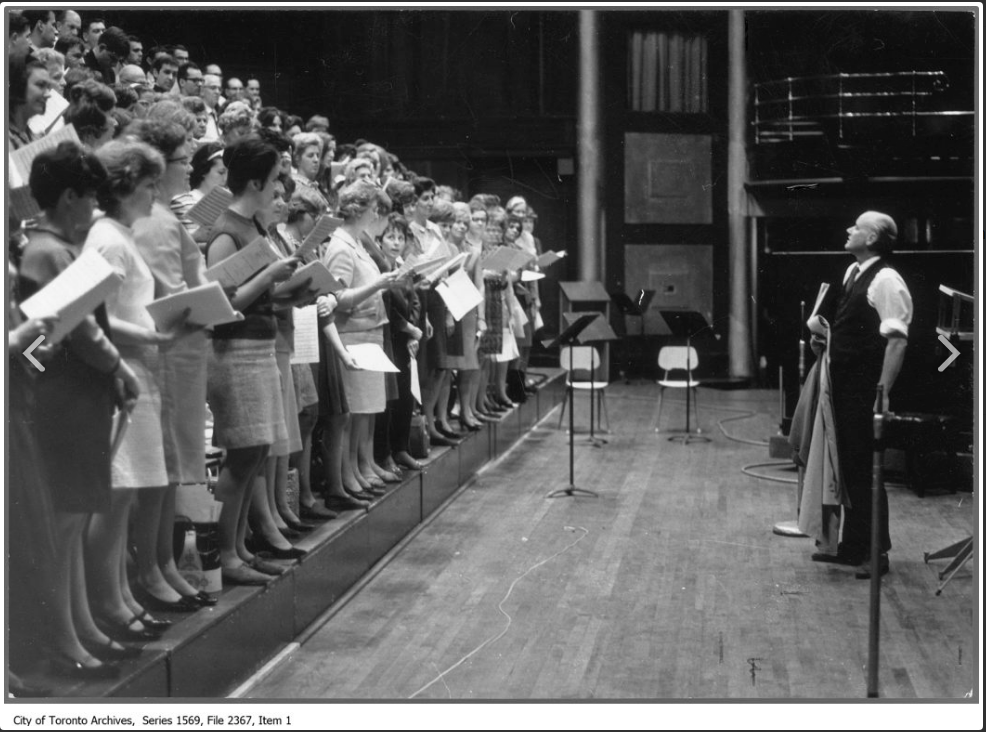