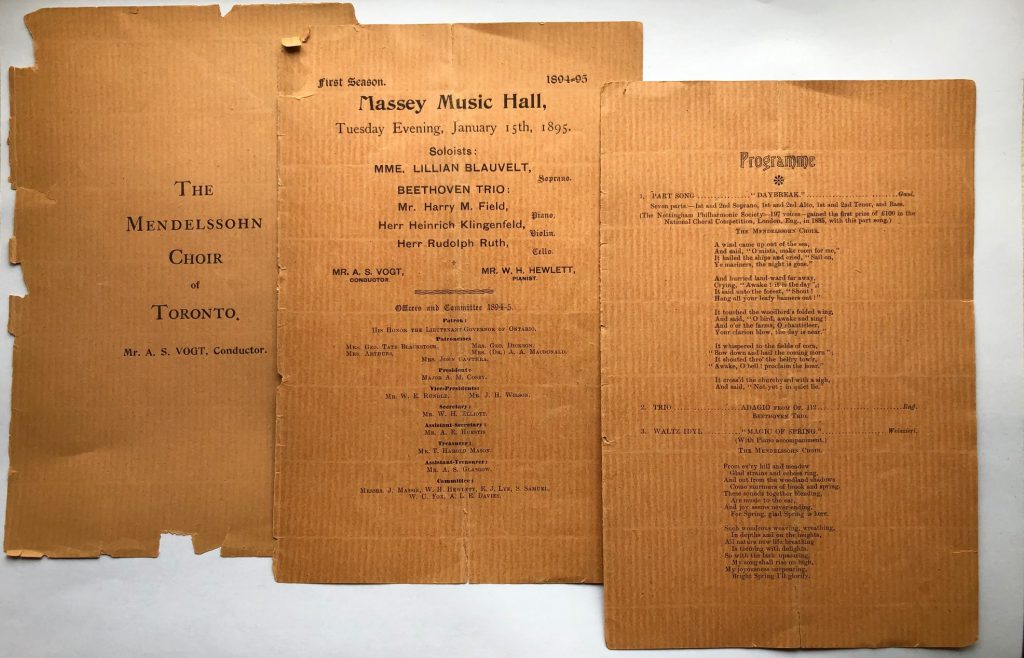 The Mendelssohn Choir of Toronto (now the Toronto Mendelssohn Choir) performed its first concert on January 15, 1895 in Massey Music Hall under the direction of its founder Augustus Vogt.  All three went on to great things as part of Toronto’s burgeoning classical music scene.

You can read more about Massey Hall and Augustus Vogt in our History blog posts.

There would have been many Toronto luminaries in attendance. One we know of is John McCrae, who would go on to be the author of In Flanders Fields.

What was on the program for the Mendelssohn Choir’s first concert?

See below for the review of the concert that appeared in the February 1895 issue of the McMaster University Monthly. 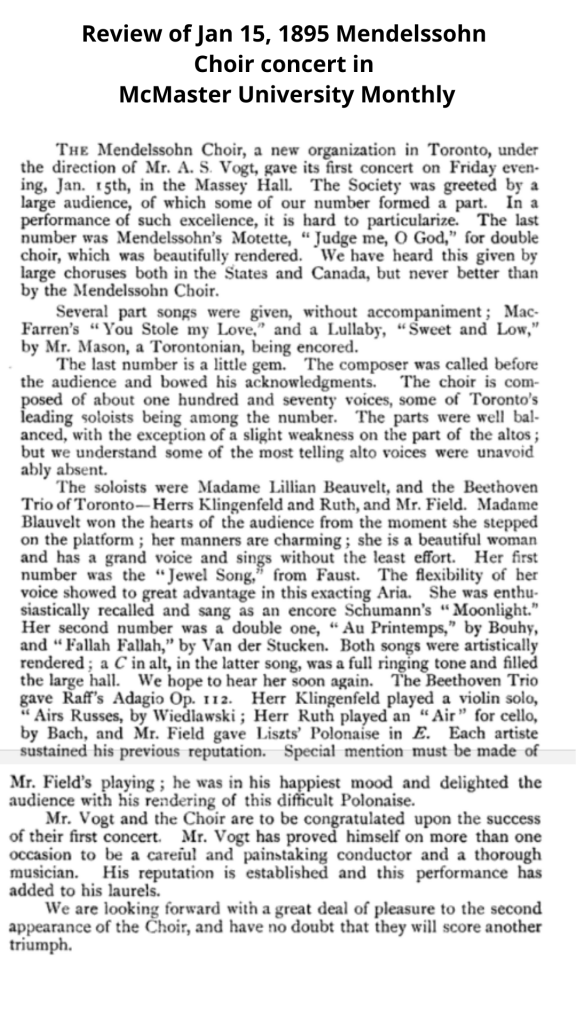