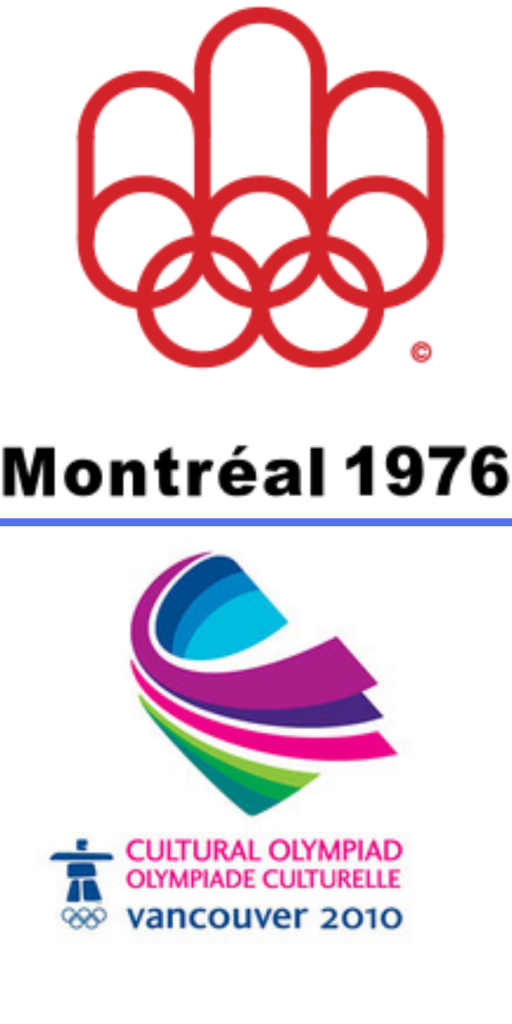 The choir participated in two Olympic games in Canada — not running a SATB 800 metre relay 😉 — but as performers at the cultural events in conjunction with the games.

For the Montreal Olympics in 1976, TMC performed twice: on July 13th at Place des Arts for the Program of the Solemn Opening of the 78th session of the International Olympic Committee; and on July 15 for the Arts and Culture Programme at Place des Arts. Both concerts were with the Montreal Symphony and conducted by Elmer Iseler. Lois Marshall was the planned soloist but was ill and had to be replaced last minute by Anna Chornodolska.

TMC was also invited to Vancouver for the 2010 Winter Olympics to sing for the Vancouver Cultural Olympiad.  TMC choristers were part of a massive choir including Vancouver Bach Choir and the Vancouver Children’s Chorus put together to perform Mahler’s huge Symphony No. 8 (the Symphony of a Thousand) under Bramwell Tovey with the Vancouver Symphony Orchestra. Soloists were sopranos Measha Brueggergosman, Tracy Dahl and Germany’s Turid Karlson, mezzo-sopranos Susan Platts and Sarah Fryer, tenor John MacMaster, baritone Russell Braun and bass-baritone Denis Sedov.