Edmonton choral singer and composer Russell Wilkinson is the winner of the TMC’s 2018 Debbie Fleming Prize for Choral Composition. 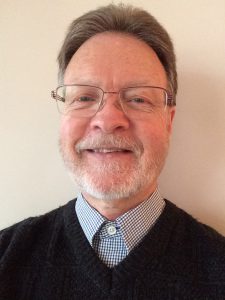 The winner was There Is No Rose by Russell Wilkinson.  Russ is a retired lawyer living in Edmonton. Over the last 40 years he has sung with Greystone Singers (U. of S.), Edmonton Opera Chorus, Pro Coro Canada, I Coristi Chamber Choir and Da Camera Singers. Choral composition is a relatively recent endeavour which he hopes to continue in his retirement.

There is No Rose will be premiered at Festival of Carols on December 4 and 5th at Yorkminster Park Baptist Church. The December 5th concert will also be webcast live across Canada and beyond on Livestream: https://livestream.com/TMChoir/FOC2018 .

The TMC Choral Composition competition was launched in June 2015 with the awarding of the annual Debbie Fleming Prize for Choral Composition.  Debbie Fleming is a TMC alumna who sang in the Toronto Mendelssohn Choir for 40 years and who retired in June 2015.  The TMC is grateful for Debbie’s commitment to the enrichment of the TMC’s education program and to the growth of Canadian choral music.