Some Habits Are Hard to Break

When you’ve spent your life in pursuit of excellence in choral music, the habit can be difficult to kick. Indeed, many TMC Alumni don’t want to. Alumni member Janice Schuyler Ketchen, however, has taken her choral habit to a new level, in her new home in Port Dover.

Having begun her choral music career in 1979 in the Ontario Youth Choir, Janice subsequently spent over 30 years in the TMC as a chorister and Board member. She recalls incidents from many TMC tours that she helped organize, including half of the Choir missing the Dover ferry to Belgium in Europe in 1980 and trying to cross the Austrian/Czech border as a choir from Canada during the SARS outbreak in 2003 (they eventually did). From 2012-15, she was an active member of the Alumni Singers. So when Janice moved to the charming Niagara-area village Port Dover last year, she was not prepared to give up her choral lifestyle, but she hoped to avoid commuting back to a big city to do so. While there were several choirs within an hour’s drive of her home, Janice hoped for something a bit closer to home.

It turns out that she was not the only member of her community looking to make choral music closer to home. Flyers posted on bulletin boards, in the library, at grocery stores and at the post office garnered Janice 35 singers all of whom had moved to the area from larger centres, and all of whom missed their choral music days. This was a far cry from the eight or so voices Janice had hope to attract for score-reading and wine sipping, but with this many good singers–many of them former music teachers and professional performers, including Bruce Arthur, another TMC alumni member–what else could she do but form a choir?

With these 35 singers from all over Norfolk County, the Lynn Valley Voices rehearses weekly on Wednesday evenings at Trinity Anglican Church in Simcoe. Since forming last fall, the fledgling choir has performed its Christmas program at local seniors’ centres and nursing homes, and was featured at the opening of the Lynedoch Arts Centre. They have also won first place awards in the recent Norfolk Musical Arts Festival in two categories: Community (SATB) Choir and Community Choir (Treble voices). The choir’s repertoire includes excerpts from some of the major oratorios by Mendelssohn, Brahms and others, as well as madrigals and part songs from the Renaissance to today. They are currently working on pieces by Byrd, Faure, Vaughan Williams, Eleanor Daley, John Rutter and Morten Lauridsen.

Janice enjoys bringing the skills she honed over her decades in the TMC to her own choir: “As I work with my singers,” she says, “I can hear myself quoting both Elmer Iseler and Noel Edison and using their choral techniques during rehearsals.” She finds that she can not only share the techniques and approaches she learned with her own choristers, but also “empathize more closely with their challenges and viewpoints” because she knows what it’s like “down in the trenches” with them.

“I want to challenge my members to be the best singers they can be – and I want them to have fun doing it. If you don’t push yourself, you will never move forward, so I am trying to introduce them to new types of choral music and lead them to a better understanding of the world’s great choral repertoire.”

Janice suggests that other transplanted TMC Alumni who find their own choral habit difficult to break find ways to continue to contribute to their local musical communities, either sharing knowledge and expertise in existin 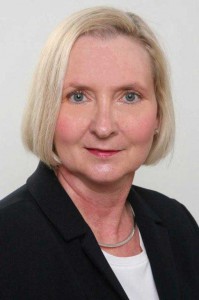 g local choirs or even by forming their own groups. “The choral expertise that TMC choristers develop after many years of working at such a high musical level can be shared with other choristers,” she notes. “There must be hundreds of TMC Alumni in cities and towns across Canada who can continue to contribute to their local musical organizations by either participating in community choirs or reading groups (such as Singsation or CAMMAC) or by actually forming their own groups, as I have done.”

Janice hopes that other TMC Alumni and friends who live in the Norfolk county and find themselves missing their TMC experiences will join her and her choristers in the Lynn Valley Voices. She invites prospective singers to get in touch with her by e-mail or phone (226-400-1399).