From the Executive Director’s Desk 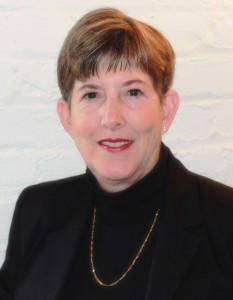 On October 15th the Toronto Mendelssohn Choir celebrated its 120th anniversary. Soloists, choir, orchestra, and TMC supporters new and old came together to celebrate one of the longest-serving choral organizations in Canada.  Think about it – when the TMC was formed, Toronto’s population was around 200,000; church spires dominated the skyline and paddle steamers filled the harbour. Massey Hall had just opened, and the Evening Star, a precursor to the Toronto Star was just a few months old.  (Get a glimpse of what Toronto looked like back then on our Toronto 1894-95 Pinterest board.) The city, and indeed the world, has changed significantly since 1894, but the TMC’s mission to provide Canadian audiences the experience of the classical choral masterworks of the world has never wavered.

In 2007, our organization spent considerable time undertaking a strategic planning process. Through it, we articulated six core values – Excellence, Scale, Scope, Authenticity, Accessibility and Heritage.  One of the phrases that still resonates most strongly with me is this one: “The Toronto Mendelssohn Choir is committed to creating a legacy of shared vocal music experiences for Canadian audiences of today and tomorrow, not just about perpetuating a European cultural tradition.”

This season’s Voice of Mendelssohn focuses on the Toronto Mendelssohn Choir’s past, present and future. In this issue you will read what the TMC’s legacy of artistic excellence means to various stakeholders – our alumni, choristers, board members and subscribers; view how we celebrated our milestone anniversary; and read a newcomer’s impressions on a TMC performance in a new feature entitled “New Ears”. Through this issue, I hope you catch a glimpse of the passion we feel about this great cultural institution.

And speaking of heritage, I would like to pay tribute to a special TMC supporter – Austin Fricker, who passed away earlier this month.  Austin was connected to us in a very unique way – his grandfather was the TMC’s second conductor (from 1917 to 1942), and his son is currently Chair of the TMC Board. For many years, Austin supported the TMC through his patronage, his generosity and his wise and gentle counsel. We will miss him.