A Fond Farewell to a Familiar Face 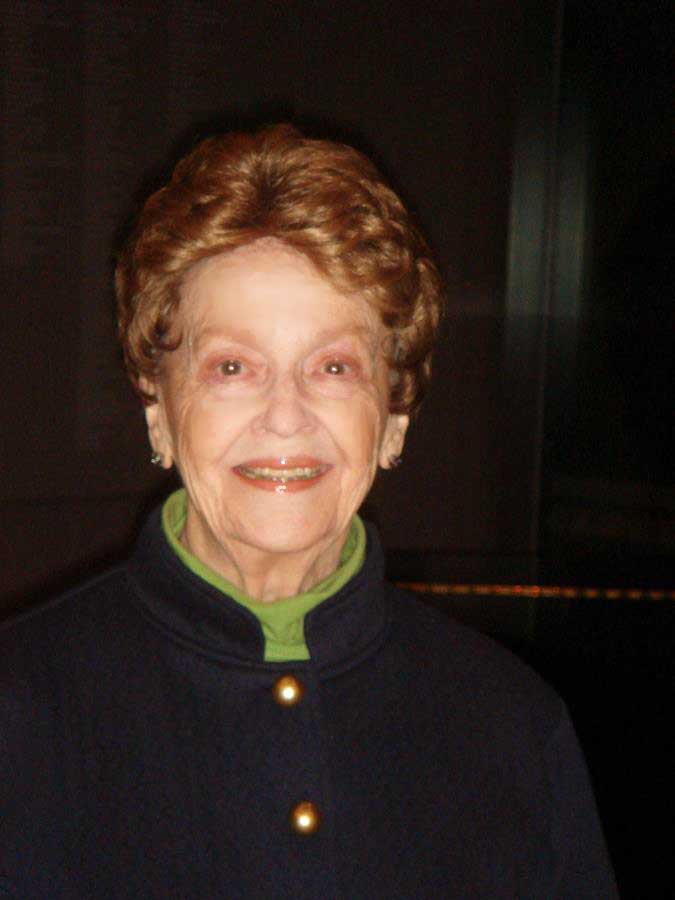 Choristers, returning Alumni, and staff will miss Eleanor’s diligent and cheerful presence at rehearsals and concerts.

Returning to rehearsal for the first time after the summer break, choristers missed a familiar face. Longtime TMC volunteer registrar Eleanor Kunycia has retired, and to some it feels a bit like the end of an era.

We asked Eleanor about her association with the TMC, which has spanned several decades. Even before Eleanor joined the TMC as a soprano in 1964, her mother sang in the Choir under the baton of Dr. Herbert Fricker. Eleanor joined in the same year as Elmer Iseler, having heard of his “wonderful reputation.” She sang in the TMC for 22 years, until the demands on her time became too great, retiring from her singer’s role in 1986, when the TMC recorded Messiah with Sir Andrew Davis. Upon her retirement, Eleanor mentioned to fellow chorister (now alumna) Nancy Wayment, that when she got too old to sing, she might like to become the choir registrar. Nancy remembered, and Eleanor became the Choir registrar the same year that Noel Edison was appointed as conductor.

TMC Executive Director remembers Eleanor as being the one person she was intimidated by when she became ED in 2005.  “Eleanor was unwavering in her commitment as TMC registrar, and could be quite fierce with choristers who forgot to “check in” when they arrived for rehearsals and concerts. It took me some time to realize that her sometimes gruff demeanor hid a delightful sense of humour and a huge love for the TMC organization. She is sadly missed.”

Eleanor says that she “loved” the whole experience of being registrar and remaining connected with the organization, even though she was “a tiny cog in a big machine.” The position was tailor-made for her, with a system of codes and symbols denoting which choristers were expected to be absent, which were unexpectedly absent, who was sick, and who was late. Eleanor’s commitment was unparallelled: she would call the office in some distress when she was sick, and plan her regular Las Vegas vacations around the choir schedule. Whether at a rehearsal at Yorkminster Park or a concert at Koerner or Roy Thomson Hall, choristers have known, for 18 years, that they would be greeted by a familiar, friendly face.

Last spring, following an accident in her home, Eleanor realized mobility was going to be a challenge, and with great reluctance informed Cynthia that she would have to give up her position as Choir Registrar. The choir has been an extremely important part of her life, she told Cynthia, and it was extremely hard to let it go.

During Eleanor’s years as Registrar, she has worked very closely with TMC Administrator, Kimber Jonah, as he was responsible for tabulating the choristers’ attendance statistics into a spreadsheet that would be reviewed periodically by the Artistic Director and Executive Director. Kimber said, “Eleanor was so meticulous when recording a chorister’s absence or lateness, that it made my job an easy one. It was a real pleasure to work with her over the past fifteen years. In my mind, the role of Registrar will always belong to Eleanor.”

The love of the music, plus the choir members themselves, made Eleanor’s work as registrar such a joy for her. She says that as much as she gave to the choir, the choir gave more to her; but we at the TMC think the balance was probably tipped in our favour.