Composer Sarah Kirkland Snider writes music of direct expression and vivid narrative that has been hailed as “rapturous” (The New York Times), “groundbreaking” (The Boston Globe), and “poignant, deeply personal” (The New Yorker). Recently named one of the “Top 35 Female Composers in Classical Music” by The Washington Post, Snider’s works have been commissioned and/or performed by the New York Philharmonic, San Francisco Symphony, the National Symphony Orchestra, the Detroit Symphony Orchestra, the Birmingham Royal Ballet, eighth blackbird, The Knights, Roomful of Teeth, percussionist Colin Currie, mezzo Emily D’Angelo, vocalist Shara Nova, and tenor Nicholas Phan, among others. The winner of the 2014 Detroit Symphony Orchestra Lebenbom Competition, her upcoming projects include the world premiere of Forward Into Light, an orchestral commission inspired by the American women’s suffrage movement for the New York Philharmonic, and an opera on 12th-century visionary/composer/polymath Hildegard von Bingen, commissioned by Beth Morrison Projects. Penelope and Unremembered, her first two LP song cycles, earned critical acclaim from NPR, The New York Times, The Washington Post, The Los Angeles Times, The Nation, and Pitchfork, among others. In fall 2020, Nonesuch Records and New Amsterdam Records released Snider’s third LP: Mass for the Endangered, a 2018 work for chorus and ensemble performed by English vocal ensemble Gallicantus, to wide critical acclaim. In naming the album to its Best of 2020 list, NPR proclaimed: “Snider must be recognized as one of today’s most compelling composers for the human voice.” A founding co-Artistic Director of Brooklyn-based New Amsterdam Records, Snider has a B.A. from Wesleyan University and a M.A. and Artist’s Diploma from the Yale School of Music. Her music is published by G. Schirmer, Inc.

The Toronto Mendelssohn Choir will present the Canadian premiere of her acclaimed composition Mass for the Endangered on May 28, 2022.

Read more about Sarah Kirkland Snider on her website. 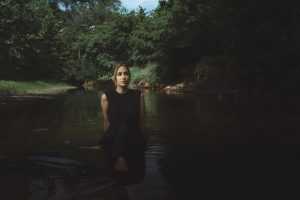