Kathleen Allan is the Artistic Director and Conductor of the Amadeus Choir of Greater Toronto and the Artistic Director of Canzona, Winnipeg’s professional Baroque choir.  Originally from St. John’s, NL, Ms. Allan is in high demand as a conductor, composer and clinician and is equally comfortable working in early, contemporary, and symphonic repertoire. Recent guest conducting engagements include the Vancouver Symphony Orchestra, the Newfoundland Symphony Orchestra, the Manitoba Chamber Orchestra and Early Music Vancouver. In 2015, Ms. Allan made her Asian debut conducting Handel’s Messiah and Bach’s Christmas Oratorio in Japan, and in 2016, she was the recipient of the Sir Ernest MacMillan Prize in Choral Conducting. She is a founding co-Artistic Director of Arkora, an electric vocal chamber consort dedicated to blurring lines between the music of our time and masterworks from the ancient repertoire.

Her compositions have been commissioned, performed and recorded by ensembles throughout the Americas and Europe and have been featured at two World Symposiums on Choral Music. Her collaboration with Labrador youth choir Ullugiagâtsuk was featured at the National Arts Centre celebrations for Canada 150 on July 1, 2017. Her music is published by Boosey and Hawkes, Cypress Choral Music, and is a MusicSpoke composer. Also an accomplished soprano, she has appeared as a soloist with the National Broadcast Orchestra, Berkshire Choral Festival, and the Vancouver Symphony Orchestra. In addition to freelancing regularly in Canada and the US, she has performed with the Vancouver Chamber Choir, the Arnold Schoenberg Chor (Vienna), Skylark Vocal Ensemble (Atlanta), and the Yale Schola Cantorum. She holds a degree in composition from the University of British Columbia and a master’s degree in conducting from Yale University.

Kathleen will lead TMC’s Singsation Saturday on Saturday, May 7, 2022. 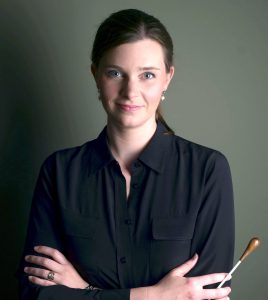