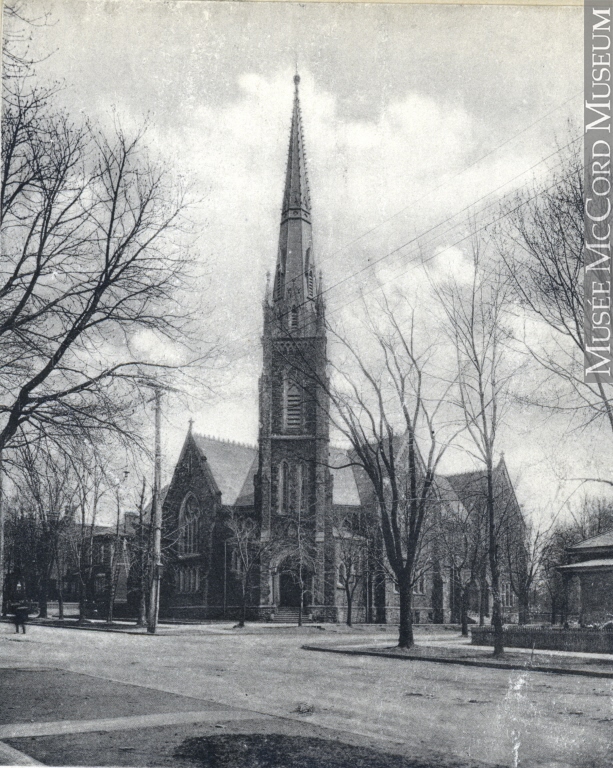 Jarvis Street Baptist Church, at the intersection of Gerrard Street and Jarvis Street in downtown Toronto, is one of the oldest churches in the city. Its congregation was founded in 1818, and the present church constructed in 1875.

This photo of Jarvis Street Baptist taken in 1910 is from the McCord Museum.