Carmel Suttor, a local activist and newcomer to the TMC attended the free community concert with which the TMC, the Elora Festival Singers, and the Symposium conductors concluded the 2015 Choral Conductors’ Symposium.

Walking into a church to hear the Toronto Mendelssohn Choir feels dangerous. I’ve avoided churches and classical music for a long time because both remind me of my mother, a devout Catholic who used to listen to the great composers on the record player every day.  The last time I went to a concert the choir there sang one of her favourites, I allowed myself to remember her as she’d been in her prime, and I spent the rest of the concert sobbing. I’m scared that the music will touch me so deeply that I’ll once again find myself sitting in a pew, crying.

I find a seat next to a stained-glass window featuring David Livingston Going Forth to Teach all Nations. This symbol of British Imperialism would never have had a place in the Catholic churches of my childhood, although David Livingston has probably watched plenty of children squirming because of itchy clothes, boredom and the need to pee. I was better than my younger siblings at sitting quietly, being outwardly very good and letting my mind wander.

The first harmonies of Mozart’s “Hostias” from his Requiem float through the air. “Wow!” is all I write in my little notebook. These harmonies are amazing. It’s a church, it’s classical music, but Wow!

Noel Edison, the artistic director, follows this with an introduction. Yes it’s a church, so the audience gives mild jokes a polite little laugh. This programme is a showcase of five emerging conductors who will conduct a variety of short pieces by different composers. Edison tells us that conducting is a lonely profession – it’s just you and the music, and you have to have the musical vision, the discipline and the people skills to bring the sheet music to life. This program has been sculpted around musical challenges for these conductors.

This choir can handle any style, any conductor and any composer and make it sound good, I decide through the next few pieces. Although I try to figure out what the conductors are doing, I keep being drawn in by those harmonies. The North Wind and the Sun. Fantastic. A Fable. Wonderful.  Susan Farrell brings out some great humour in Stomp Your Foot.

Although the concert has a great variety of styles and composers, there is a distinct Toronto Mendelssohn Choir sound in all of them. Glorious harmonies predominate, weaving in and out skilfully. I let my mind go and allow those beautiful harmonies to wash over me. I fear that this will be a very bad idea.

During the Cantique de Jean Racine I start daydreaming, as I always have in church. I’m a little girl, outwardly good, who is shocked to find my mother knows I spend my time in church counting my allowance in my head. A decade later I’m slouching in the communion line because she told me not to, feeling that every eye in the congregation is dissecting my flaws. Decades after I’ve left her world for my own, I once again start going to church with my mother. Now she is the one squirming, bored, and needing to pee. Her dementia has taken away almost everything I loved and admired about her. People stare at us, annoyed, and I’m once again aware of church as a place of public scrutiny. Finally I’m standing beside my brothers at her funeral while one of them reads the eulogy we wrote, the giant of our childhood compressed into the two minutes that the Catholic priest allowed us. Her world has ceased to exist.

A soprano soloist comes close to bringing me to tears by giving voice to my grief. When Lesley Bouza sings Oh, For the Wings of a Dove, she has a compelling presence. Her colourful hair places her on the streets of Toronto in 2015, but she also has a timeless beauty that reminds me that women have been expressing the yearning in the piece for many years, and her voice expresses it particularly well.

I begin to distinguish one conductor from another. Susan Farrell has chosen some challenging pieces and always seems to pull them off. “Kyrie,” from the African Sanctus, has a distinct African melody that blends well with the Western sound of the rest of the chorus. I learn later to my disappointment that the African call was not one of the choristers, but a recording that loops unpredictably with the live choir. This speaks well for Farrell’s conducting skills. A couple of the pieces conducted by the engaging Gregory Rainville are standouts. Rainville throws his whole body into his conducting, and the choir seems to feed on his energy. Witness has surprising harmonies that work incredibly well in this lively piece. “Sanctus,” by Giuseppe Verde [ed: from Verdi’s Requiem], is very powerful, and once again the choir seems more alive, their voices unleashed. I suspect that this choir can go anywhere a conductor is capable of leading them, and that some of the pieces have barely tapped its potential.

Noel Edison referred to “the therapy of singing.” As the concert draws to a close I agree with him. I have floated between the present with its glorious harmonies and different memories of my mother, both joyful and sad. I have spent an afternoon in her world of classical music and churches and have not become a sobbing spectacle in a pew. Instead, the music has allowed me to feel emotions without being overwhelmed by them. We have always used music to give voice to our most profound emotions, the ones that words can never express, deep bonds and the grief at the loss of them that we allow ourselves no time for. I stand up to applaud at the end of the concert, feeling more at peace than I had been with churches, classical music, and the passage of time. 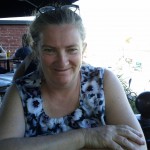 Carmel Suttor is a writer, former teacher and political junkie who lives in Toronto. When she is not plotting to rescue the nation, she enjoys visiting her amazing daughters (one on each coast), long-distance swimming and Contra dancing.