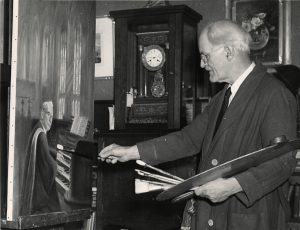 In our search through our history we’ve discovered a couple of acclaimed Toronto artists who were also singers in the TMC – and I’m sure there were more.

Artist Owen Staples (1866 to 1949) was a founding member of the Mendelssohn Choir and sang with the Choir in the tenor section through to 1938. From 1888 to 1908, he worked for the Telegram as a staff artist, reporter and political cartoonist, and illustrator for the J. Ross Robertson Collection, including his painting of the Battle of York. Thereafter, Staples became a well known artist, illustrating a number of books, executing commissioned murals, and producing a vast oeuvre of paintings, watercolours and etchings. Robertson also commissioned Staples to paint several large canvases of historical subjects. He did an etching of TMC conductor Herbert A. Fricker (find the etching in the Toronto Public Library Archives), and in 1938 he painted a portrait of Fricker at the console which, on Staples’ retriement from the Choir, he gave to Fricker. (This photo of Staples is also from the Toronto Public Library Archives. 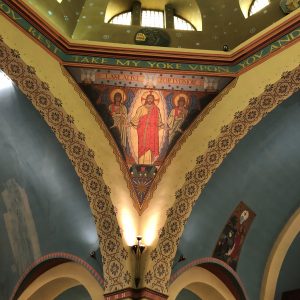 Another artist and singer was Herbert S. Palmer (1881-1970). When the TMC first performed at St. Anne’s Anglican Church in April 2019 , we were fascinated to learn that one of that Church’s murals – the Resurrection – was painted by artist Herbert S. Palmer who also sang with the Toronto Mendelssohn Choir (a discovery made by a St. Anne’s tour guide).

The group of painters brought together by MacDonald included Herbert Palmer. He was born in Toronto in 1881 and died in 1970. His artistic training began at the Ontario College of Art, where Palmer trained with some of the greatest and most renowned artists of his generation. He was a founding member of the Toronto Arts and Letters Club, which made him honourary lifetime member in 1956. For nearly 40 years he was associated with the Canadian National Exhibition, curating its Fine Arts Department from 1926 to 1941. Palmer’s work can but found in numerous private collections, as well as the permanent collections of the Art Gallery of Ontario, the National Gallery of Canada, University of Toronto’s Hart House, and many others. 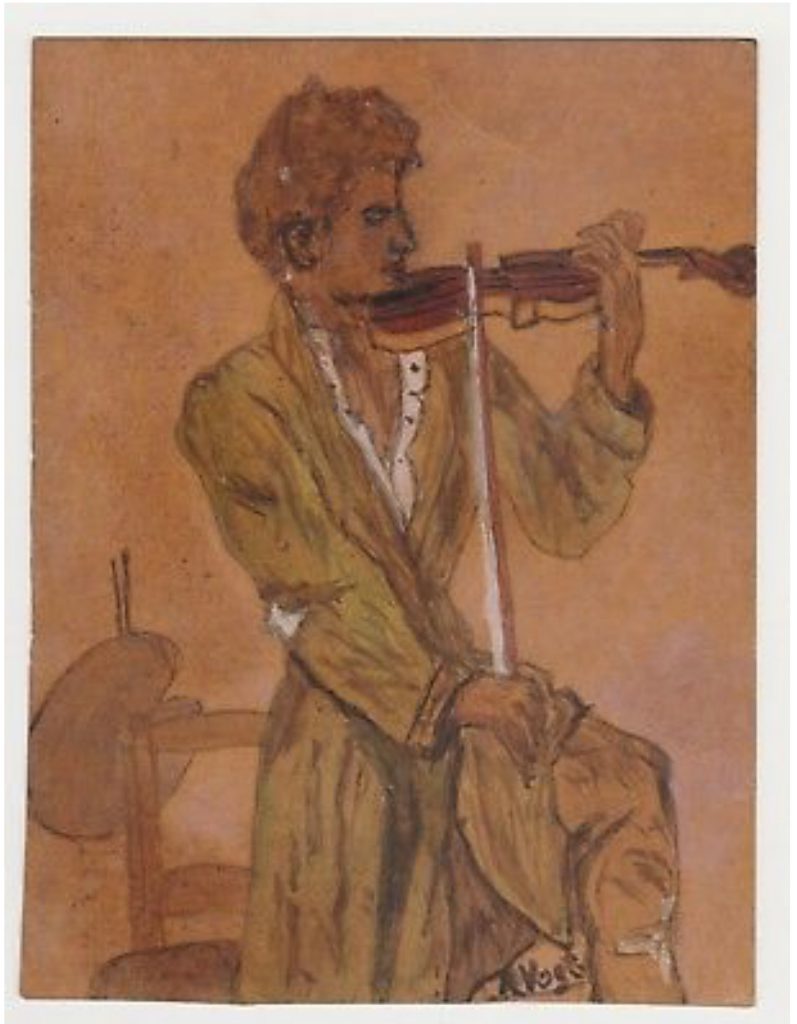 And just this week TMC Facebook follower Keith McKee shared this lovely painting by our founder Augustus Vogt (1861-1926) with us. The description: “a small oil on card (6 1/2 x 5 inches) of a curly-haired violinist practising in his dressing gown, with a palate hanging on a chair behind him. Signed Augustus Vogt.” Thanks Keith for this addition to our history of our founder who conducted the Choir until 1917. He was also Principal of the Toronto Conservatory of Music and the first dean of the UofT School of Music.