Baritone Brett Polegato’s artistic sensibility has earned him the highest praise from audiences and critics: “his is a serious and seductive voice” says The Globe and Mail, and The New York Times has praised him for his “burnished, well-focused voice” which he uses with “considerable intelligence and nuance.” He appears regularly on the world’s most distinguished stages including those of Lincoln Center, the Metropolitan Opera, La Scala, the Concertgebouw, the Opéra National de Paris, Glyndebourne Festival Opera, the Lyric Opera of Chicago, Houston Grand Opera, the Teatro Real, Roy Thomson Hall, the Kennedy Center, Carnegie Hall and Wigmore Hall, and has collaborated with conductors such as Yannick Nézet-Séguin, Daniele Gatti, Andris Nelsons, Bernard Haitink, Seiji Ozawa, Jeffrey Tate, Marc Minkowski, and Martyn Brabbins. He can be heard as soloist in the Grammy Awards’ Best Classical Recording of 2003 – Vaughan Williams’ A Sea Symphony (Telarc) with the Atlanta Symphony Orchestra under the baton of Robert Spano.

During the 2021/22 season, Brett is performing a number of orchestral concerts across Canada, starting with his appearance with the TMC in Brahms’ Requiem in November. In December he will perform Messiah with the Victoria Symphony and in February he appears with the Land’s End Ensemble in Calgary in a concert of chamber works. In May he performs Brahms’ Requiem in Ottawa with the Ottawa Choral Society in May. He finishes the season with a return to the Bregenzer Festspiele next summer for performances of Sharpless in Puccini’s Madama Butterfly.

Brett makes his debut with the Toronto Mendelssohn Choir in November 2021 in a performance of Brahms’ Ein deutsches Requiem. 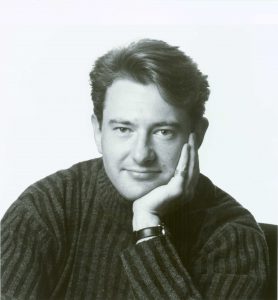