“Rooted in the Anishinaabe aural/oral traditions of singing, drumming and the pipigwan/bbigon (cedar flute) from a young age, I am also classically-trained in piano and other European instruments, Western music theory and composition technique. Over many years I have also worked closely and collaboratively with musicians of diverse ethnicities who are the grassroots knowledge-keepers of their cultures.

The TMC commissioned Creation and will premiere this work in May 2022 at its Endangered concert. 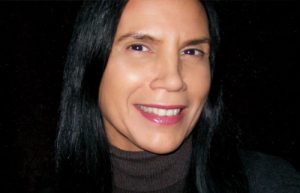