Renowned for his luminous voice “capable of the most powerful explosions as well as the gentlest covered notes” (Toronto Star) baritone Russell Braun rightfully claims his place on the concert, opera and recital stages of the world. His intelligent and thoughtful portrayals of Chou En-lai, Billy Budd, Prince Andrei, Figaro, Papageno, Count Almaviva, Don Giovanni, Pelléas, Eugene Onegin, and The Traveller have captivated audiences at the Metropolitan Opera in New York, l’Opéra de Paris, the State Opera in Vienna, the Royal Opera, Covent Garden, the Los Angeles Opera, La Scala in Milan, the Salzburg or the Glyndebourne Festival.

HIGHLIGHTS
Recent seasons have seen Russell in performances in Madrid as Don Giovanni, in notable COC productions including his debut as Conte di Luna in Verdi’s Il Trovatore, Iphigénie en Tauride and l’Amour de Loin, in a new production of Faust at the Metropolitan Opera, and in Manon at La Scala. He also made a highly successful role debut as Chou En-lai in John Adams’s Nixon in China at the Metropolitan Opera in New York and as Olivier alongside Renée Fleming in Capriccio, also at the Met.

CONCERTS AND RECITALS
Concerts and recitals always have a major place on Russell’s calendar. In addition to an extensive recital tour of Western Canada with his wife and piano collaborator, Carolyn Maule in the past few seasons he has appeared with the National Arts Centre Orchestra in Carmina Burana, in Mendelssohn’s Elijah with the Washington National Orchestra, Mahler’s Das Lied von der Erde with the Smithsonian Chamber Players in Toronto’s Koerner Hall, Bach’s St. Matthew Passion with the Calgary Philharmonic, A Sea Symphony with the Colorado Symphony, with the New York Philharmonic in the World Premiere of The World in Flower a new work by Peter Lieberson, in a special 2010 Olympics performance of Mahler’s Symphony No. 8 with the Vancouver Symphony Orchestra and Bramwell Tovey at the BBC Proms in Fauré’s Requiem, the Salzburg Festival in Schubert’s Mass in G, the Tanglewood Festival in Brahms’s Deutsche Requiem, with the St. Louis Symphony, City of Birmingham Symphony Orchestra, the Toronto Symphony conducted by Bernard Labadie, in L’Enfance du Christ with the Rotterdam Philharmonic, in Elijah with the Minnesota Orchestra and in the Duruflé Requiem with Les Violons du Roy in Québec City. His performance in Britten’s War Requiem in Toronto continues to be a stand-out in Toronto’s musical memory.

He has also performed in duo recital with Michael Schade in London, Edinburgh, Toronto, San Diego, Graz, Berlin, Hamburg, Vienna, Strasbourg, Ludwigsburg and Kansas City and in solo recital in Montréal, Toronto, New York, Paris (La Chapelle Royale at Versailles), Winnipeg and Ottawa. His interpretations of German Lieder have won him international acclaim — “A searching musician, Braun also has one of the world’s most beautiful baritone voices. He brings a poet’s soul and a young man’s bewildered grief to Schubert’s shattering cycle of solitude and loss.” (New York Newsday). 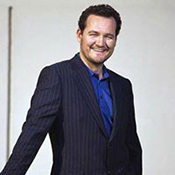