Raneem Barakat (she/her) is a Syrian Mezzo-Soprano based in Toronto. She has just earned her bachelor’s degree in Voice Performance, with Honours, from the University of Toronto – Faculty of Music, under the supervision of Prof. Darryl Edwards.

As a soloist, she performed with many orchestras and choirs, in Canada and around the globe, including the Syrian National Symphony Orchestra (SNSO), Toronto Youth Choir (TYC), and The National Youth Choir of Canada (NYCC). And as a chorister, she had been a member of many choirs like the Arabs Philharmonic Choir (Dubai), Macmillan’s Singers (Toronto), and the Orchestra Syrian Musicians (Europe, Turkey and the UK). She recently took part in COSA Canada’s concert (The Golden Harvest), after premiering Dr. Shireen Abu Khader’s “I Forgive” at Podium 2022 with the NYCC.

Raneem is deeply passionate about mixing the music of the Levant with Western music, as she is prolific in the Arabic singing traditions and Maqams, besides her classical music training. Raneem also holds a bachelor’s degree in Pharmacy and Pharmaceutical Chemistry. 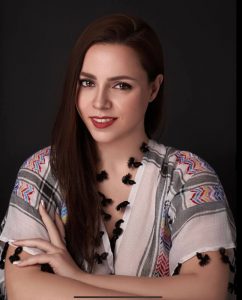