Parul “Koel” Bahuguna is an accomplished singer/songwriter, architectural designer, visual artist and self-taught videographer, and also our New Ears reviewer for Sacred Music for a Sacred Space, on April 3, 2015, at Saint Paul’s Basilica.

My ears, eyes and soul were sent to a magical place this Good Friday at the Toronto Mendelssohn Choir’s (TMC) Sacred Music for a Sacred Space concert which was held at the St. Paul’s Basilica in Toronto. I must confess, before this experience, I had never had the pleasure of listening to any form of choral music let alone listening to it being performed live in a beautiful basilica. My expectations going into the concert were all about embracing the unknown. I had no idea what to expect or if I would enjoy choral music or not. I am also not Catholic or Christian so I was not sure if I would understand the references in the lyrics or generally relate to the songs. However, I did go into this concert knowing that I absolutely love music, love listening to different types of music and love attending live performances.

The TMC performance was elegant, pure and nothing less than enchanting. The concert started with the choir performing from the balcony above, which was located in the back end of the church where the massive in-house organ is located. Hidden from our sight as we all sat looking forward, the singing, the choir’s hymning and harmonizing sounds resonated from behind our heads and took us all into a truly magical journey. The architecture alone of the space surely added to this effect. I could not believe that human voices were creating such epic sounds. I especially loved the piece The World is Burning [ed: John Tavener, 1944-2013]. I thought it had a lot of dimension in the voices and a strong element of storytelling. The suspense of not being able to visually see the performers in the beginning of the concert was intensely interesting and I am so glad it was done that way.

After intermission, the choir moved to the front of the church and we finally got to see the people who were making all that beautiful music. They performed their head-lining act, Gabriel Fauré’s Requiem, OP.48, and at this point, after getting my first dose of choral music from the first half of the show, I was now hooked to hear what the TMC were going to do next.  As anticipated, the second half of the show was just as amazing but this time with incredible solos. I especially enjoyed the solo sung by the soprano vocalist Julia Morson. Her voice is incredible. The organ was played wonderfully and both conductors did an excellent job. The entire choir of sopranos, altos, tenors and basses did a fabulous job as well. They showed such control and discipline with their voices which was quite impressive altogether. Very talented people. The acoustics were okay but I have a feeling they could have been better. Perhaps I’ll have to see TMC perform again at a different venue to hear the difference but apart from that, I think it sounded clear and nice.

One critique that I do have is that the overall performance could have been more visually enhanced would there have been better lighting control and/or projections. I understand that there is the traditional factor of keeping the performance authentic but as an individual in her late 20’s, I think that adding those elements into the performance would definitely be something that I would love to see implemented.  With TMC’s amazing talent, a stunning visual presentation and great lighting effects would look and feel outstanding.

To conclude, I had a great time and would highly recommend people of all ages and cultural groups to experience the magic of human voices singing together in tones and coordination. I think the exact word for my Friday night TMC concert experience was, “Whoa! This is cool.” 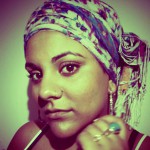 Known by her stage name Koel (pronounced Koyal), Parul Bahuguna is an accomplished singer/songwriter, architectural designer, visual artist and self-taught videographer. She recently moved back to Toronto after living in Iqaluit, Nunavut for 4 years where she formed the band Koel and the Twin Otters and released her first debut album ‘Animals’ in 2013. She is currently as the Creative Director for her company Akipari (www.akipari.com) which specializes in Live Streaming and Production along with Photography, Videography, Design, Marketing and Business Support.