Born in Taichung, Taiwan, Ann Chen obtained her Bachelor of Music in Piano from the University of British Columbia in 2013 and Bachelor of Education in 2014. She is currently studying MM in Choral Music at University of Southern California.

Ann is a pianist, a vocalist, and a conductor. She was selected to perform in MENC (National Association for Music Education) All-Eastern Honours Chorus, NYSSMA (New York State School Music Association) All-State Honours Chorus, and All-County Chorus from 2007 to 2009 in the United States. During her studies at University of British Columbia, she has sung in UBC University Singers for four years. Ann sang in Vancouver Cantata Singers from 2013 to 2016. She was also the artistic director of Essonance Chamber Choir from 2013 to 2014, where the choir received runner-up of Honourable Barbara A Hagerman reward at Performing Arts BC provincial. Ann taught in Vancouver public schools as a choral specialist for 5 years while being the Choirmaster of St. John’s Shaughnessy Anglican Church for 8 years.

Ann Chen is a conductor in the 2022 TMC Choral Conductors’ Symposium and will conduct the full TMC and the Professional Core ensemble in the concluding Symposium concert on June 28, 2022. 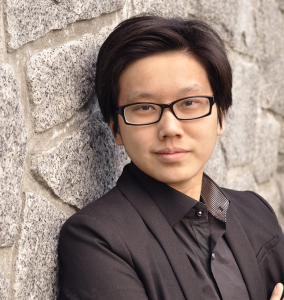