Learn more about the Committee members on this page. 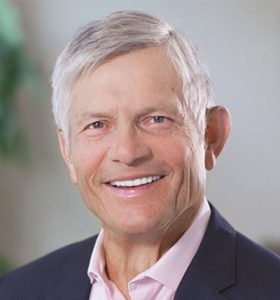 Dick is a corporate director, serving as Director and audit committee chair of RGA Life Reinsurance Company of Canada and Economical Mutual Insurance Company. Former board activity includes The Independent Order of Foresters, where he was Board Chair for 8 years, ResMor Trust Company, ACE INA Insurance, Triad Guaranty, and KPMG where he was Deputy Chair. Prior to September 30, 2004, he was a partner of KPMG and leader of the Firm’s insurance practice. He was with KPMG for 40 years in Montreal and Toronto.

Dick is an avid golfer and keeps active through regular exercise and cycling. He and his wife Diane live in Oakville. They have three grown children and two grandchildren. 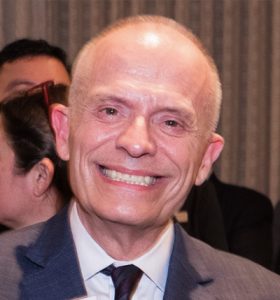 Denny is currently Chair of the TMC Board of Directors. He is the Associate Director of Advancement, University of Toronto School of Continuing Studies. 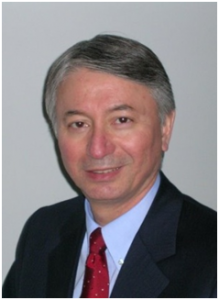 Lloyd holds an Electrical Engineering degree and an MBA, both from the University of Toronto.  He worked with Enbridge Gas Distribution (formerly The Consumers Gas Company) for over 34 years. Over the course of his career, he held a number of senior management positions including Director of Information Services, a number of Regional General Manager roles within Operations, Director of Asset Management Strategy, and Senior Director, Distribution Asset Management.

Throughout his career Lloyd has also served on the Boards of a number of not-for-profit organizations including: President, Alternative Computer Training for the Disabled; Chair, United Way of Peel Campaign 1992; Chair of the Board, West Park Healthcare Centre Foundation; Vice-Chair of the Board, Junior Achievement of Toronto and Chair of the Board, Toronto Mendelssohn Choir.  Lloyd is an avid proponent of accelerating the world’s transition to sustainable energy and currently serves as the Vice-President of the Tesla Owners Club of Ontario.

Lloyd and his wife Dorothy live on a horse farm in Hockley Valley with their collies Abbey and Reilly, cats Indiana and Jasper, and their horse Sophi. 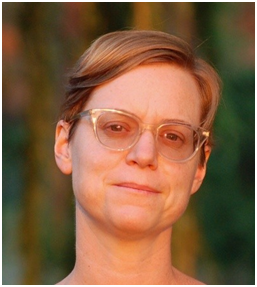 Since joining the Ontario Ministry of Tourism, Culture and Sport in 2010, Jennifer has worked in the Ministry’s communications, corporate and strategic policy branches, and currently serves as Senior Policy and Issues Coordinator in the office of the Deputy Minister.

Jennifer has been singing with the Mendelssohn Choir since 2005.  She has a long history of involvement with outstanding choirs, as a past member of both the Bach Choir and Elektra Women’s Choir in Vancouver. She served on Elektra’s Board of Directors, working on the choir’s rebranding, strategic planning, development and recording activities, as well as a tour to New York including performances at Carnegie Hall and Lincoln Centre at the invitation of the American Choral Directors Association. Jennifer received her early choral training as a member of the Toronto Children’s Chorus, touring five countries in Europe at the age of 11. She was also a member of the Toronto Mendelssohn Youth Choir. 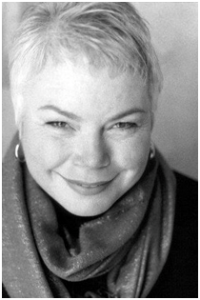 Susan is a versatile and creative arts management professional with 25 years of producing and management expertise in opera, theatre and classical music. She currently holds the position of Production & Theatre Operations Manager at Canada’s National Ballet School.

Prior to joining the ballet school in 2016, Susan served in senior management roles at Soundstreams, the Stratford Summer Music Festival, Tapestry Opera and the Bach Elgar Choir Hamilton. At Tapestry Opera, Susan played an integral role in the development of new works of Canadian opera, most notably the Dora Award winning operas Iron Road and Sanctuary Song, Dark Star Requiem for the Luminato Festival and Elsewhereless by Atom Egoyan & Rodney Sharman.

Susan served on the board of directors for Opera.ca, a national arts service organization for opera in Canada, for six years, and currently serves as Board Director and Treasurer for Continuum Contemporary Music Ensemble. She is a graduate of both McMaster and Western Universities and holds a certificate in Arts Management from the Banff Centre for Arts & Creativity.

Susan has been a chorister in the Toronto Mendelssohn Choir since 1992. 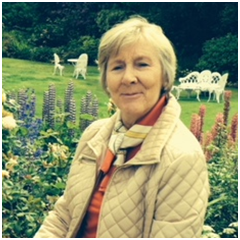 Frances trained as a physiotherapist in England and worked in London a short time before emigrating to Montreal, where she sang with the Elgar Choir. She and her husband moved to the West Indies and then to Toronto where they raised four children and gradually became more and more involved in philanthropy, mostly in the arts.

Frances served on the TMC Board from 1994 to 1996, and from 2002 to 2008 was on the Board of Creative Trust, a Toronto organization that worked for fourteen years to support and strengthen performing arts companies in Toronto. Its most successful program, “Working Capital for the Arts” assisted over 50 mid-size and small companies in eliminating deficits, creating working capital reserves and improving their governance, planning and management skills.

Frances is currently on the boards of the Canadian Opera Company and the Toronto Friends of the Visual Arts, is a committee member of the Art Gallery of Ontario and Evergreen, and is supportive of many smaller arts organizations. She plays bridge and “bad golf” and tries to keep track of her four children and nine grandchildren. 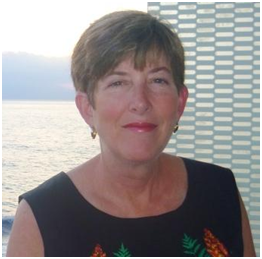 Cynthia Hawkins was Executive Director of the Toronto Mendelssohn Choir from 2005 to 2019. Under her leadership the organization has developed and implemented strong marketing and fundraising plans, increasing its audience base by 25%, and raising close to $500,000 annually from government sources and the private sector. The organization recently completed its third Strategic Plan in 10 years, focusing on artistic excellence and audience development, innovating its education and outreach programs, and improving its governance structure.  The Toronto Mendelssohn Choir was the only Canadian participant in Chorus America’s recent Intrinsic Impact Research Project.

Cynthia has acted as an ad hoc consultant to choir administrators across the country, has served as a jury member on the Canada Council for the Arts, and from 2012 to 2016 was a member of the Music Committee of the Toronto Arts Council.

Cynthia is a native Montrealer, and earned her B.Mus and M.A. degrees from McGill University. In 2008 she was made an Honorary Member of the Royal School of Church Music, for exceptional work that has contributed to the cause of church music internationally. 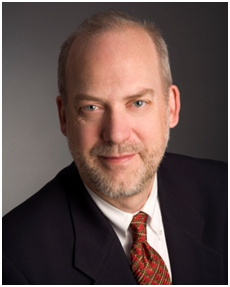 For 14 years, Rick Phillips was the Host and Producer of SOUND ADVICE, the weekly guide to classical music and recordings, heard across Canada on CBC Radio One and CBC Radio Two every weekend. Rick was affiliated with CBC Radio for 30 years, working in Montreal, Edmonton, Calgary and Toronto in a career that spanned production to management to on-air.

As well as broadcasting and webcasting, Rick is also a busy freelance writer and reviewer, speaker, panel moderator, consultant, podcaster, musical tour guide and concert host. He’s often a juror in the classical music categories for the Juno Awards, and is the author of “The Essential Classical Recordings – 101 CDs” published by McClelland & Stewart. 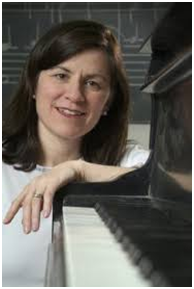 Marta conducts four choirs at the University of Guelph: The Gryphon Singers won the Collegiate Category of the National Competition for Amateur Choirs in 2011, placed 3rd in the 2012 Mosbach International Chamber Choir Competition, and were featured at Podium 2018. She conducted the prestigious Ontario Youth Choir (2014), the Ontario Youth Alumni Choir (2015) and the New Brunswick Youth Choir (2017). Marta McCarthy was President of Choral Canada, serving on the Board from 2012-2018, and was honoured to present “The Canadian Choral Mosaic” at the 2017 World Choral Symposium.

Don McLean has been Dean of the Faculty of Music, University of Toronto, since 2011. His key administrative initiatives since his appointment include leadership and faculty renewal in teaching, research, and public engagement in most academic areas; new interdisciplinary programs and research in music and health, music technology and digital media, as well as partnerships with other faculties and academic units; increased internationalization through links to the EU, US, Asia, and the Middle East, and greater diversity recruitment of faculty and students; infrastructure renewal of existing facilities and equipment; philanthropic support for Faculty priorities through the UofT Boundless Campaign; and completion of a Strategic Academic Plan for Music 2016-2021.

Trained in piano performance and pedagogy, coaching and accompanying, conducting and composition, musicology and music theory, Dean McLean is a three-time graduate of the University of Toronto and a two-time graduate of the Royal Conservatory of Music, and taught for both institutions from 1978–1989. In 1988, he moved to Montreal and McGill University, where, as Dean of the Faculty from 2001–2010, he played key roles in strategic expansion of faculty and programs, the creation of CIRMMT (Centre for Interdisciplinary Research in Music Media and Technology), the realization of the New Music Building (a world-class research, performance, and library facility), and, through a transformative gift from Seymour Schulich, the naming of the Faculty as The Schulich School of Music of McGill University. 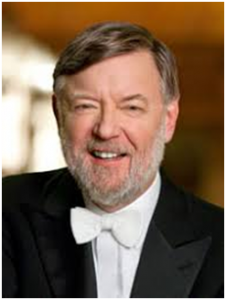 One of today’s most recognized and acclaimed conductors, Sir Andrew has conducted virtually all the world’s major orchestras, opera companies, and festivals. In addition to his regular and annual commitments with the BBC Symphony, BBC Philharmonic, Royal Liverpool Philharmonic, and the Bergen Philharmonic in Norway, Sir Andrew will also perform with the Cincinnati Symphony in the seldom heard Second Symphony composed by the orchestra’s former music director Eugene Goossens, with the Tasmanian Symphony, and at the Edinburgh Festival this summer.

Maestro Davis studied at King’s College, Cambridge, where he was an organ scholar before taking up conducting. His wide-ranging repertoire encompasses the Baroque to contemporary, and spans the symphonic, operatic and choral worlds. He currently records exclusively for Chandos Records, and his recording of Handel’s Messiah with the Toronto Mendelssohn Choir and Toronto Symphony Orchestra was nominated for a 2018 Grammy for Best Choral Performance.

Maestro Davis will act as TSO liaison for the Committee.