Poor Candide. Leonard Bernstein’s musical (or, if you prefer a more genteel term, operetta) ran only 76 performances in 1956, a moderate flop by Broadway standards. The 1974 revival with lighter lyrics fared better but at a price in musical content. There were efforts at restoration in the 1980s and, notably, a 1989 recording with the composer on the podium. 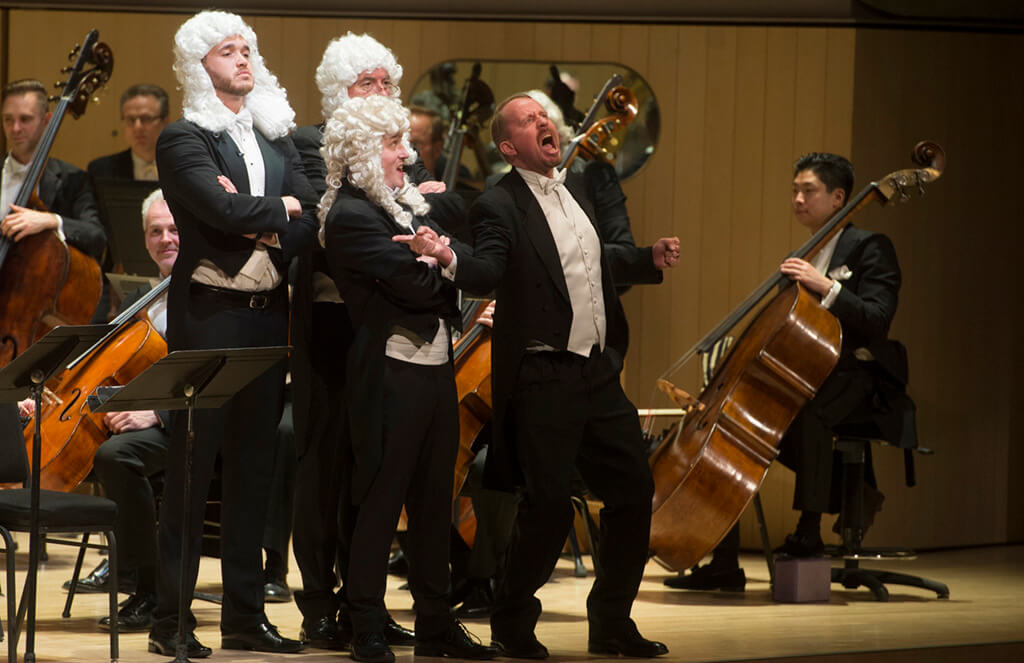 On Thursday the Toronto Symphony Orchestra under Bramwell Tovey gave us something called the “1993 concert version” with no further explanation, although one infers from the order of numbers that there is a kinship with the authorized version of 1989. Six librettists are credited, starting with Richard Wilbur (1921-2017) and ending with Bernstein himself.

Well, whatever. Candide is a mixed experience however it is presented (I survived an Opera McGill staging a few weeks ago), and this performance was no exception. Even the opening minutes were problematic as a narrator plied us with didactic background on Voltaire’s satiric novella, including the role played by his ideological opponents, Gottfried Leibniz and Alexander Pope. Will this be on the test?

Eventually, the singing starts. While the score brims with good tunes and snappy rhythms, Candide’s travels never really acquire anything like dramatic momentum. Characters inexplicably return to life (as the duet “You Were Dead, You Know” explicitly acknowledges) and the unpleasant misadventures are essentially random.