Jonelle was named one of CBC Music’s classical “30 under 30” performers for 2020. Looking to the fall of 2021, Jonelle will perform Beethoven’s 9th Symphony at Koerner Hall with Stewart Goodyear and the Penderecki String Quartet.

In the winter and spring of 2021, Ms. Sills was a member of Yulanda M. Faris Young Artist Program at Vancouver Opera. While in Vancouver, Jonelle sang the role of Masha in Wargo’s The Music Shop “…with glorious soprano finesse.” (Opera Canada, Robert Jordan) Also, singing Micaëla in VO’s Carmen: Up Close and Personal “with her melodious voice and sure technique and gracious stage presence, Sills radiated Micaëla’s wholesome goodness with every note.”(Opera Canada, Robert Jordan)

Recent highlights include her National Arts Centre Orchestra debut under the baton of Alexander Shelley and Ottawa Chamberfest debut.

Past highlights include her role debut as Mimì in Puccini’s La Bohème on tour with Against The Grain Theatre. PriaSoprano in A Million Billion Pieces by David James Brock, with music by Gareth Williams and directed by Philip Akin with Toronto’s Young People’s Theatre. Miss Sills is a 2019 Dora award winner for “Outstanding performance of an Ensemble” in Vivier’s Kopernikus with Against the Grain Theatre. In May of 2019, she made her symphonic debut with the Mississauga Symphony Orchestra singing Mahler’s 2nd Symphony. In the summer of 2019, Jonelle was a Resident Artist with Against the Grain Theatre at the Banff Centre’s “Opera in the 21st Century” program. During her residence at Banff Centre for Arts and Creativity she premiered the role of Esther in composer Paola Prestini and librettist Royce Vavreck’s Silent Light directed and designed by Thaddeus Strassberger.

Jonelle makes her TMC debut in November 2021 with the TMC and members of the Toronto Symphony Orchestra in a performance of J. Brahms’ Ein deutstches Requiem and Nathaniel Dett’s The Chariot Jubilee in the TMC’s first 2021/22 season concert – Coming to Carry Me Home. 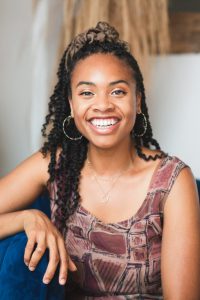