Notinikew (Going to War) – A Program of Remembrance 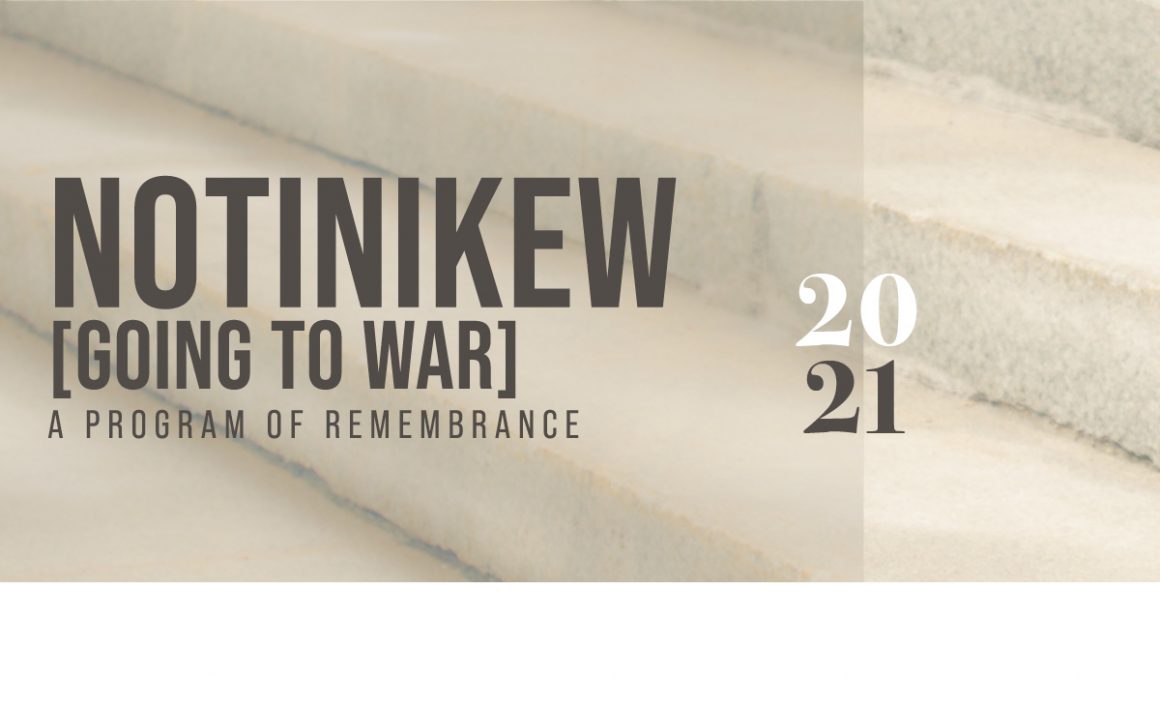 The centre piece of the program is Andrew Balfour’s Notinikew. Movements of the work will be sung by Andrew’s Winnipeg-based Camerata Nova and by the Toronto Mendelssohn Choir.

Andrew says of this choral drama:

Notinikew is an anti-war piece, an indigenous identity piece – a tragedy that speaks not just about World War I, but all wars and all indigenous soldiers. Why did these Indigenous warriors leave our forests and plains to enter a totally foreign military world and end up fighting in the midst of a true hell on earth?

The concert will open with the TMC performance of Andrew Balfour’s Ambe (Come in). Listen in the video section below.

Of Cree descent, Winnipeg-based composer Andrew Balfour is an innovative composer, conductor, singer, and sound designer with a large body of choral, instrumental, and orchestral works, including Mamachimowin, commissioned by the TMC for its 125th anniversary gala.

Dr. Duke Redbird is an elder, poet, activist, educator, and artist. With a legacy stretching back to the 1960s, he is a pillar of First Nations literature in Canada, and has practiced a number of art disciplines including poetry, painting, theatre, and film.

A Dish with One Spoon, Duke Redbird

Notinikew (Going to War), Andrew Balfour
– Calling All Okicitawak (Warriors)
– Anthem for a Doomed Youth
– I Went to War
– Kookum (Grandmother) – Help me

How they so softly rest, Healey Willan

In paradisum from Requiem, Gabriel Fauré

Sign up to receive emails about TMC programs that most interest you.