From the Executive Director’s Desk – Winter 2016 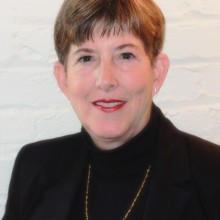 Welcome to the March issue of Voice of Mendelssohn. This month, we features stories on three individuals from our community; alumna, chorister and emerging conductor. The stories are heartwarming as they illustrate the impact that the Toronto Mendelssohn Choir has had on their lives; in one case challenging a young conductor to greater achievement, in another, sharing the gift of choral music with others, and in the third, inspiring a chorister to make a gift to inspire young composers in their creativity.
Continue Reading

From the Executive Director’s Desk – Fall 2015

One of reasons choral singing became and remains a significant part of my life has to do with the deep sense of community that the choral music experience can engender. I believe the Toronto Mendelssohn Choir does this in spades.
Continue Reading

From the Executive Director’s Desk – Spring 2015

The Toronto Mendelssohn Choir’s 121st season has been hugely exciting, with an average of 92 percent of house at TMC performances, a new series of concert webcasts that have garnered 11,622 followers, and a pair of pop-up concerts that received front page coverage in the Toronto Star. Where do we go from here? you might ask.
Continue Reading

From the Executive Director’s Desk – Winter 2015

Almost ten years ago, the Toronto Mendelssohn Choir undertook what was to become a pivotal strategic planning process in the recent history of the organization. Over a series of soul-seeking workshops, a small group of TMC stakeholders took a long and hard look at what we were doing and why we were doing it and created a series of statements that articulated the Choir’s Mission, Vision and Core Values.
Continue Reading

From the Executive Directors Desk – Fall 2014

On October 15th the Toronto Mendelssohn Choir celebrated its 120th anniversary. Soloists, choir, orchestra, and TMC supporters new and old came together to celebrate one of the longest-serving choral organizations in Canada. Think about it – when the TMC was formed, Toronto’s population was around 200,000; church spires dominated the skyline and paddle steamers filled the harbour. Massey Hall had just opened, and the Evening Star, a precursor to the Toronto Star was just a few months old.
Continue Reading