In July, 2020, Conductor Simon Rivard was named as TMC Associate Conductor for the 2020/21 season. He takes over as conductor of the TMC as David Fallis completes his two-year term as TMC Interim Conductor and Artistic Advisor, and as the TMC places its Artistic Director Search temporarily on hold due to the pandemic.

Simon Rivard’s appearances for the 2020-2021 season have been generously underwritten by an anonymous donor. 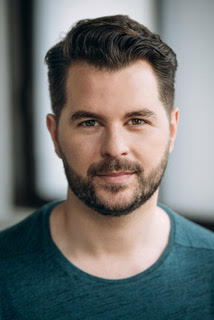 At the TSO, Rivard is mentored by Interim Artistic Director Sir Andrew Davis as well as newly appointed Musical Director Gustavo Gimeno. In addition to leading school and family concerts as well as special events, he has been assisting world-class conductors such as Donald Runnicles, Barbara Hannigan, Ludovic Morlot, John Storgårds, and Thomas Dausgaard. In 2020-2021, he will make his debut with the Kitchener-Waterloo Symphony and assist Barbara Hannigan at the Lunenburg Academy of Music Performance (Nova Scotia) and the Gothenburg Symphony Orchestra (Sweden).

In 2019, he made a successful debut with Symphony Nova Scotia (Halifax, Canada) and Finnish violinist Elina Vähälä. In 2018, Rivard was invited to participate in the first Conducting Mentorship Program at the Verbier Festival Academy (Switzerland). In addition to being mentored by Valery Gergiev, he acted as assistant conductor to Sir Simon Rattle, Gianandrea Noseda, Marc Minkowski and Gábor Takács-Nagy. At the conclusion of the Verbier Festival, he was awarded a Special Prize, to help him pursue his mentorship with maestros Gergiev and Noseda.

In 2017-18, Rivard served as Resident Conductor of the Thunder Bay Symphony Orchestra and Musical Director of the TBSO Symphony Chorus.  In 2017, he stepped in for Jean-Philippe Tremblay as Music Director of the Orchestre de la Francophonie, leading successful performances in Montreal, Quebec, Domaine Forget and Ottawa.

In recent years, he has also served as Assistant Conductor of the Choir of St. Andrew and St. Paul (Montreal) and the Ottawa Choral Society. In 2017, he received the Wayne-Riddell Choral Award upon graduating from the Schulich School of Music (McGill University).

Born in Montreal (Quebec), Rivard studied violin performance with Anne Robert and orchestral conducting with Raffi Armenian at the Conservatoire de musique de Montréal. He completed an MMus in Orchestral Conducting at McGill University under Alexis Hauser and Guillaume Bourgogne.

“I fell in love with the sound of the Toronto Mendelssohn Choir from the very first moment I heard it. I have been fortunate to collaborate with these wonderful artists many times in the past two years and this appointment fills me with delight. Together, we will strive to maintain the highest artistic excellence and adapt our practices to the heightened social awareness of our times. It has already begun!” Simon Rivard.